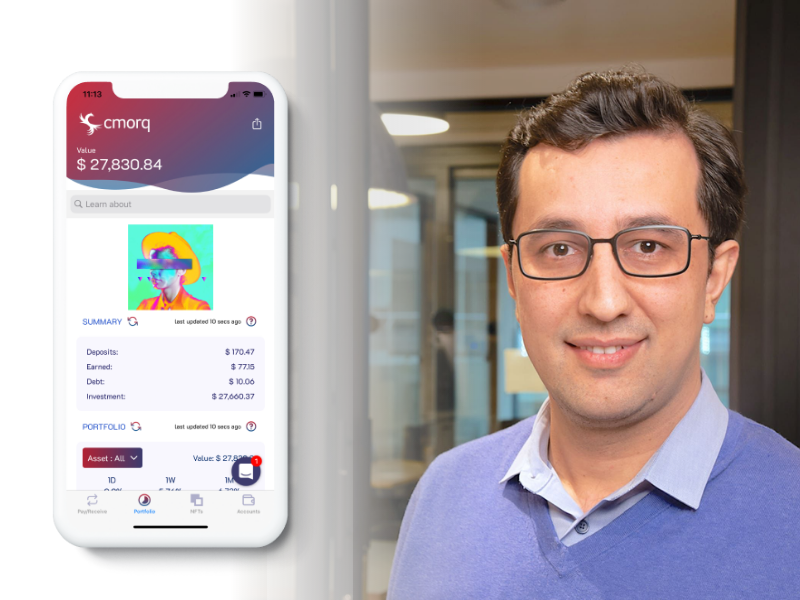 Growing up in Iran in the aftermath of the 1979 Revolution, his family stuffed suitcases of US Dollars to contend with hyper-inflation. Faced with rapidly devaluing local currency, preserving value became a matter of survival to build a better life. “Growing up I remember I bought ice creams for 50 Rial (Iran’s currency) to 5000 Rial.” Azari said, a 100x increase on the price of daily usual things under 20 years!

“In the West, we take for granted a sound economic system that safeguards its citizens’ money through financial institutions. But nothing is certain in this world, and governments are always subject to change,” the entrepreneur tells Impact Wealth. “Decentralization is the best path for ensuring an individual truly owns their capital and is not beholden to government or centralized entities with their own agendas.”

Azari went on to obtain both a PhD in Computer Science and master’s degree in Statistics from Harvard University. While receiving his MBA from Columbia, he founded the personal finance app Clarity Money— which was built on the premise of helping users lower their monthly bills. Using Artificial Intelligence to draw attention to repeating transactions and other spending patterns, the app empowered a wide range of users with varying income levels to make healthier financial decisions.  Ascent of Money author and academic titan Niall Ferguson recognized the value of this upstart, serving on the company’s board of advisors. Clarity Money was later acquired by Goldman Sachs and remains an essential component of the investment bank’s consumer financial services.

Despite the success of his first venture, Azari knew incremental changes to the existing financial system wouldn’t be enough to produce the structural change necessary for individuals to own their capital. As the cryptocurrency landscape grew larger than Bitcoin, spinning off a separate decentralized finance ‘Wild West’ led by Ethereum, Azari recognized the value these services could have for everyday people.

“Banks penalize low-income and marginalized individuals for not maintaining a certain amount in their checking accounts,” explains Azari. “The system is designed to keep individuals trapped in poverty. DeFi solves this problem by eliminating centralized powers incentivized to prey off the less fortunate.”

The entrepreneur founded CMORQ in 2018. The company has integrated into the DeFi landscape seamlessly, giving users cryptocurrency wallets and the ability to earn higher interest payments than traditional savings accounts (CMORQ finds users the highest rates of return through decentralized protocols built on top of Ethereum and other blockchain networks). A number of high profile investors are backing the venture, including billionaire Ricardo Marino of Itau Unibanco.

“Decentralized finance has grown to enable transactions of hundreds of billions of dollars and is growing faster than any other financial platform,” continues Azari. “Imagine if you owned part of the bank to whom you lend, borrow from, save in, and got your mortgages, auto, and student loans. Returning value to consumers will create a positive feedback loop that leads to inclusive capitalism and a more productive economy.”

DeFi has come under greater scrutiny by regulators, and recently led to a showdown on Capitol Hill as Democratic lawmakers sought to fund their infrastructure package off taxes on cryptocurrency. Despite the volatility arising from any emerging market, Azari is confident the United States will lead the space, and use cryptocurrency to spread democratic values.

“The narrative that cryptocurrencies like Bitcoin are somehow a threat to the U.S. dollar has been undermined by the fact that China is banning it,” says the entrepreneur. “If Bitcoin was any threat to the dollar, China wouldn’t be banning it.”

The altruist adds he welcomes responsible legislation that will legitimize the space, which would codify into law a framework empowering ordinary people.