JOHN ISNER: A Winner On and Off the Court

by Kyle Edward
in Lifestyle
0

The Huracan is on its last leg. Time is a friend when spent in good company. Days go fast, hours turn into minutes, love flourishes and hate dies. Yet, when the clock beats on the twelfth hour, the journey must end. This Italian bull is now too small to thrive in today’s world, full of hypercars. 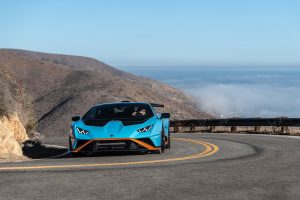 Yet, the beast hasn’t had its last roar yet. Before saying goodbye, there comes the STO, the Huracan’s way of saluting the world with two middle fingers raised up, proudly stepping on from the spotlight. 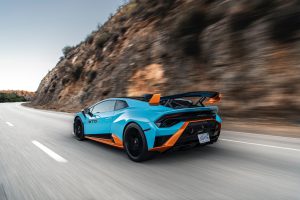 The Lamborghini Huracan STO is as subtle as a straight punch to the face, turning your eye black. Living up to its Super Trofeo heritage, the STO is the utmost expression of raw power. It is a road car that only feels at home on the track. There is no more power to have out of the 5.2-liter V10. It still rests at 631bhp and 416lbs-ft of torque.

Yet, the STO feels faster, more agile and sharper than any other Huracan iteration. If the engineers couldn’t go bigger, they went smarter. 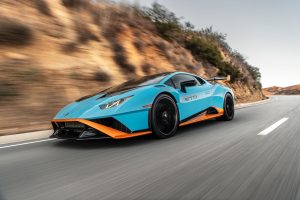 Let’s talk numbers. Compared to the Performante, STO brings 53% more downforce, topping at nearly 1000lbs at 175mph. The rear wing inspiring fear into the hearts of bystanders and the shark fin play a major role in that number. Carbon fiber elements were boosted to 75% of the body, translating to 2952lbs total weight. That’s 88lbs below the Performante.

Top speed goes to 192mph, lower than Performante’s 201mph, and the 0-60mph is 3 seconds, just a tenth slower than the Performante. 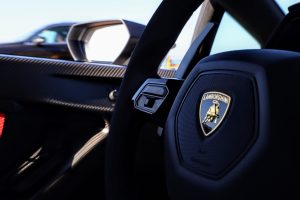 There might be some gimmicky stuff on the outside, like the uber-expensive paint job or the strange amount of polystyrene around the nooks and crannies. On the track however, the Huracan doesn’t play.

It is angry, it is raw. The sound, the brutality of the linearly inducted V10 at 8500rpm, the hardness of the suspension, the stiffness of the seats. This is a race car with number plates.

The steering wheel weighs down to match the speed of the car. It is obnoxiously responsive. With a quarter turn you’re switching lanes. Half a turn might see you taking a hard turn towards the landscape. There’s rear wheel steering as well. The STO can’t miss the apex, and it won’t.

The gearbox is a 7-speed DCT with short ratios. So short that the 8500rpm redline comes faster than you’d expect. It makes you shift up and down the gears quite often; after all, you didn’t come expecting to rest.

Carbon ceramic brakes plant the car into the ground before the corner. They will stop the STO from 60mph in just a little over 3 seconds.

Want to go faster? The Huracan STO brings 3 drive mods. There is STO, which is supposed to be the softest of the three. It is anything but soft. However, the Trofeo takes it even further. Everything becomes so stiff that you feel like a part of the chassis. The car communicates through you. Pioggia mode is supposed to be used only in the rain. It was likely designed with the optional race semi-slicks in mind.

The time is nearly up for the Huracan. But it steps into the spotlight one more time, showing how the bull only now has its final charge. It’s the ultimate experience involving brutal acceleration, laser-guided missile precision and unobstructed feeling.

JOHN ISNER: A Winner On and Off the Court