by Kristie Thompson
in Interviews, Investing
0

FINDING THE NEXT BUFFET

Warren Buffett is broadly considered one of the 20th century’s most successful investors. Much of Buffet’s fortune was amassed due to his unique talents in finding deep value public companies and his contrarian investment philosophy.  If you had invested in Berkshire Hathaway in 1965 when Warren Buffett took the helm, your cost would have been about $14 a share. Today, 57 years later, the price of Berkshire Hathaway is $548,000 per share. You would have made 40,000 times your money or 4 million percent. A $1,000 investment in 1965 would be worth 40 million dollars today, not including dividends or distributions along the way. Warren Buffett is, without a doubt, the number one value investor of our time. He built the seventh-largest company in the world. In the last 15 years since the mortgage and the derivative meltdown of  2007/08, Warren Buffett’s skill of picking the best value Investments became obsolete with the use of algorithms, derivatives, ETFs, technical traders, and day Traders who now dominate 90 to 95 % of the US market. Berkshire Hathaway would have had minimal growth if it had not been for Buffet’s 16 billion dollar investment in Apple between 2014 to 2016.  The value that had consistently outperformed growth now took a backseat as algorithms did the trading for humans and simply bought automatically when stocks hit new highs and sold when stocks hit new lows, even if it did not make sense. The proliferation of algorithmic derivatives made companies super over or underpriced. 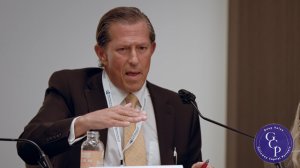 MAN vs. MACHINE One former Wall St. Florida transplant with over 40 years of experience focusing on value investing figured out the key to controlling the algorithms to ride them to Buffet-style outstanding returns. Instead of being at the mercy of the bots that sell and short at companies’ low, Bruce Galloway at Galloway Capital specializes in finding deep value companies where the baby has been thrown out with the bathwater. He then actively engages management in finding the catalysts needed to shock the algorithms and automated trading systems to start buying and pushing these companies’ stocks back up. He developed a strategy to outperform the bots at their own game by identifying what the bots are targeting and using this to trigger the algorithms and robots as a buying opportunity to his advantage, causing an upward secular trend. His method of finding these hidden gems destroyed by the algorithms and nurturing the significant events needed to trigger the bots to buy and keep buying has been a highly profitable winning strategy. A great admirer of Buffet, Galloway has learned from the visionary and added his modern-day secret sauce to outsmart the computer robot systems. His outstanding success at outsmarting computer algorithms has earned him returns of 395 % over the last four years. Compared to Eurekahedge, the world’s largest global hedge fund database, Galloway‘s returns placed him number one value investor worldwide in 2020, with annual returns of 164.44% and 6th overall when stacked up against all fund managers across all asset classes in North America except crypto. In 2022 with markets significantly down for the year, Bruce is up over 10%.Galloway searches for undervalued American companies that have the potential to appreciate 5 to 10 times over the next several years. His sweet spot is overlooked value companies on the verge of becoming growth companies. Three years ago, he started buying MoneyGram, a billion-dollar-plus Money Transfer Company moving into fintech at $1.80 a share. Today the company is being taken over at $11 a share. He started buying Tenneco Inc., a 17 billion dollar automotive parts company, at $9 when It was making $1.2 billion a year – today, the company is being taken over by Apollo at $20 a share. Finding these undervalued companies is not just a job but a passion for Galloway, who never leaves the screen when the market is open. This out-of-the-box thinker has beaten the bots at their own game! The big question is, as artificial intelligence and algorithms get more and more advanced across all fields will man be able to continue to find ways to outsmart the bots? He is investing his own money and several other family offices. Michael Fuchs, a New York-based real estate billionaire, said: “ I’ve never seen anyone that has such a knack for finding so many winners in low priced out-of-favor stocks as Bruce Galloway. He’s made me several fortunes. He’s an amazing cash cow. I have invested with him for years.” Another investor Russell Anmuth of Gotham Holding, says, “Bruce is undeniably the King of deep value stocks!”Bruce Galloway credits his superior returns to a loophole in the public markets where great companies that are solidly profitable and have good balance sheets have been pushed down by the robots and have lost coverage by Wall Street as their stocks dropped too low and just need a catalyst to be seen and to rise again. Some of Bruce’s significant plays in the last 4 years have been a Media company called Robert L. Johnson Entertainment, run by media Mogul Bob Johnson, which dropped from $36 to $1. AMC networks bought the company for $6.50.  Overstock was also one of his prominent positions when it fell from $125 a share to $4. The stay-at-home craze and the e-commerce craze of the pandemic drove the stock back up to $100 a share. Galloway also believes in having a very balanced portfolio of about 50 companies across all Industries. He avoids the Wall St. Herald and does all his own research, and typically holds positions for 12-36 months. “ I’ve always been obsessed with undervalued companies trading below their intrinsic value at significant discounts to their all-time trading highs. I only invest in companies I understand with Significant growth potential and limited analyst coverage. Companies in transition or turnarounds, to me, are most exciting. I love what I do, and the thrill of finding that next company ready to fly propels me to work early every day.”  With over 42 years of experience on Wall Street as a top Value Investor, his investment strategy is to identify companies below the radar and unlock value for investors. Before founding Galloway Capital Partners, he was a founder and portfolio manager of an investment fund, Strategic Turnaround Equity Partners, LP (Cayman), and its affiliates. From 1993 to 2005, He was a Managing Director of the Galloway Division at Burnham Securities. He previously served as a Senior Vice President at Oppenheimer & Co., Rauscher, Pierce & Refsnes, and Morgan Keegan & Co. Inc. Earlier in his career, he was a Vice President with L.F. Rothschild & Co. and a Research Analyst with the Prudential Insurance Company. He holds a B.A. in Economics from Hobart and William Smith College and an MBA in Finance from New York University’s Stern Graduate School of Business. For more information, contact Bruce Galloway at Galloway Capital. bruce@gallowaycap.com