“The biggest innovations of the 21st century will be at the intersection of biology and technology.”

The average American born in 1900 had a life expectancy of 47.3 years. Thanks to modern medicine, life expectancy in the US in 2022 is 79 years. But that upward trend, as it turns out, is just the beginning. According to a 2009 article published in the premier British medical journal The Lancet, about half of all children born in the US in the year 2007 are expected to live to 104.[i]

Today, the frontiers of medicine and biology are moving from extending lifespan to improving healthspan. The goal is to slow the advance of adverse aspects of aging to a point where our healthy years can extend far beyond what is possible today. Science has indicated that there are things we can do immediately to slow the aging process. However, most people and their doctors don’t have the time, energy or wherewithal to examine the entire body of scientific evidence to figure out what actually works and what doesn’t. And many of the recently launched high-profile antiaging efforts are “moonshot” projects like Calico and Altos Labs that will take decades to bear fruit. The same is true for development of new medicines to treat diseases we can’t yet treat today. From the first news of hope reported in a major newspaper to an actual drug in the market, if it even materializes, takes decades.

Enter Verseon, a company that has spent twenty years developing the fundamental scientific advancements necessary for systematic discovery of new medicines. Along the way they have garnered investment and support from the heads of R&D at Pfizer and Abbott, among others. Verseon is now rolling out a unique suite of products that have the potential to transform how we delay, prevent, and treat disease.

First, let’s describe the healthspan side of the business.

No one wants to suffer the long list of damages caused by aging. The latest scientific evidence shows that with currently studied active ingredients, it is possible to dramatically slow the process of aging. However, the specific combination of these ingredients needs to be customized for each person and regularly updated as health status changes. No such offering exists today, and the traditional nutraceutical company is ill equipped to provide one. The collection and analysis of all available scientific data and the continual monitoring, updating and classification of outcomes and recommendations is a formidable technological challenge.

Using technology Verseon has built for its own drug clinical trials, the company is rolling out a unique offering of consumer healthspan products that are individually personalized by a purpose-built AI system. Verseon is an unusual company to enter the consumer healthspan nutraceuticals space. Companies in the field generally do not possess hard-core pharmaceutical drug development expertise. And because of its bleeding-edge computational prowess, Verseon also brings to bear capabilities well beyond those of traditional pharmaceutical companies. Verseon’s healthspan products will be formulated with the same level of sophistication and rigor expected of prescription pharmaceuticals to ensure that the ingredients get absorbed through the gut and last in the body for the time necessary to provide a benefit. The specific combination and dosage of ingredients will be personalized for each individual to maximize positive impact on all nine core hallmarks of aging, from genomic instability to mitochondrial dysfunction.

Subscribers to Verseon’s healthspan service will get packets containing custom nutraceutical combinations for morning and evening. They will have the option to be tested every six months to measure various biological markers of aging and metabolism. By analyzing outcome patterns gleaned from its entire user base, Verseon’s AI system will continually update the dosage and ingredient regimens for each subscriber. This process eliminates the uncertainty from determining what each subscriber needs and whether it is actually working. 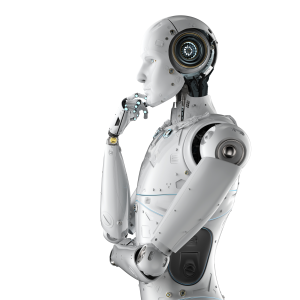 Using technology Verseon has built for its own drug clinical trials, the company is rolling out a unique offering of consumer healthspan products that are individually personalized by a purpose-built AI system.

The specific combination and dosage of ingredients will be personalized for each individual to maximize positive impact on all nine core hallmarks of aging.

This healthspan service allows Verseon to engage a very large user community over time, the target demographic being every adult in the developed world. Seventy-seven percent of adults in the US and forty to sixty percent of adults in other developed countries currently use some form of nutraceuticals on a regular basis. The company also plans to use the outcomes data from its subscriber base to better understand how to segment populations based on common biological response patterns and use that data for better design of clinical trials for its pharmaceutical drugs. “An AI-driven healthspan support service like Verseon’s will generate a goldmine of outcomes data whose value goes well beyond the delay of the aging process to better and more streamlined design of clinical trials for a new generation of pharmaceutical treatments,” says Verseon CSO David Kita.

That brings us to the other aspect of Verseon’s business: developing a steady stream of new pharmaceutical drugs that cannot be found by any other current method.

“An AI-driven healthspan support service like Verseon’s will generate a goldmine of outcomes data whose value goes well beyond the delay of the aging process to better and more streamlined design of clinical trials for a new generation of pharmaceutical treatments.”

Though making over $1 trillion dollars per year in patent-protected revenue, the pharmaceutical industry has been suffering from a productivity bottleneck for a long time. Despite increased spending on R&D, development and approval of truly novel medicines have stalled. Changing this failure-prone trial-and-error paradigm, Verseon creates new drugs atom by atom using a proprietary technology platform that goes far beyond just the application of AI.

Nowadays, the world has been turning to AI for everything from movie recommendations to self-driving cars. In recent times, a slew of new companies has started promoting primarily AI-driven solutions to the problem of drug discovery. However, for AI to work it needs a lot of relevant prior data for training. Yet when it sees unfamiliar situations, AI doesn’t know what to do. We show images of stop signs and pedestrians to teach self-driving cars to stop at appropriate times. In a well-reported incident, when a self-driving AI saw a road worker holding a stop sign, it had no idea what to do. The human driver had to take over to avoid a terrible accident. Similarly, all these proposed AI-driven systems for drug discovery can only train on data from existing drugs and past experiments. This training data does not equip the AI systems to come up with completely new drugs to treat as yet untreatable diseases—drugs that don’t resemble what has already been found through decades of trial and error. These AI systems may find variations of existing chemical compounds or perhaps repurpose existing drugs, but they cannot design the entirely new chemical structures needed to treat various diseases we currently cannot treat or can only treat poorly.

Verseon, on the other hand, correctly recognized almost two decades ago that the only way to systematically design completely new drugs would require building a system that can use molecular physics to accurately predict how a new chemical structure will bind to a disease-causing protein. When designing new drugs, Verseon explores billions of new chemical structures far outside the current pharmaceutical data set to identify new drug candidates that have never before been synthesized or tested. The result: drug candidates with highly desirable treatment profiles for the diseases they address. As industry experts have noted, in every program, Verseon has been systematically developing multiple new clinical candidates, a feat unheard of in the pharmaceutical industry.

Verseon’s platform is a bit like a self-driving car equipped with additional sensors like lidar, radar, and so on to handle previously unseen situations like a person holding a stop sign—and once successfully handled, add to the AI’s data set for the future. However, in Verseon’s case, the additional sensors are not off-the-shelf tools, but fundamental advances built in-house over twenty years. The company recently added Sangtae Kim, distinguished professor and chair of Purdue’s chemical engineering division who is also a member of the National Academy of Engineering to its executive ranks as CTO. Kim says, “Verseon’s platform is comprised of significant new advances within multiple distinct branches of science. Each of these advances would be enthusiastically welcomed by the leading practitioners in their respective domains—but the collection of these advances is virtually unattainable by any other organization. It is by far the most advanced ab initio drug design methodology currently in existence.”

Verseon has an impressive team indeed. With over 200 patents to their credit, the company’s interdisciplinary team are no strangers to making fundamental breakthroughs that transform entire industries. Two of the founders, Adityo Prakash and Eniko Fodor, are responsible for technologies at the heart of all video streaming today, from Amazon Prime to Zoom. Intel is the current owner of that technology and makes significant profits from it each year. The third founder, David Kita, developed one of the first bioinformatics platforms that catalyzed the genomics revolution. Other team members have developed multiple drug programs not only at Verseon but also at companies such as Johnson & Johnson and Ontogen. And now Sangtae Kim, the former CEO of Morgridge Institute and a former VP at Eli Lilly, drives initiatives to further enhance the company’s already powerful AI. An equally impressive roster of scientific advisors including physics Nobel laureates, the Dean of Engineering at Harvard, and cardiology luminaries at Harvard Medical School are supporting the company’s journey.

Able to use all existing pharmaceutical and biological data but not constrained by limitations of such data, Verseon’s multiphysics-augmented AI system consistently creates novel drug candidates that cannot be found by any other current method. Program after program, Verseon’s novel candidates promise to change the standard of care for every disease they address.

The company is also developing oral drugs to treat diabetic vision loss in over 154 million patients. Today there are no oral prophylactics or treatments, and the standard of care is to wait until the disease progresses far enough to justify the risks of monthly injections in the eye.

Verseon has 3 different cancer programs under development, including chemotherapy agents that do not lose effectiveness against multidrug-resistant cancers. Its fast-growing drug pipeline currently has 16 candidates across 8 programs.

In the words of Pfizer’s former SVP of R&D Strategy Robert Karr, “Verseon’s disruptive platform changes how drugs can be discovered and developed, and the company is poised to make a dramatic impact on modern medicine.”

Between its regulated pharmaceuticals and consumer healthspan products, Verseon seems to be advancing toward its goal to redefine delay, prevention, and treatment of disease. As they continue to grow, their work will likely transform twenty-first century medicine and touch the lives of everyone on the planet.