by Rich Monetti
in Interviews, Philanthropy
0

Dame Sheila B. Driscoll’s family story dates back most prominently to the mid 19th century when her great grandfather Jeremiah Driscoll struck gold as a 49er.  The windfall in hand, he went on to found Driscoll’s – a fresh strawberry seller farm/business that endures today. Four generations later, Sheila Driscoll has left her own mark on Jeremiah’s legacy and takes pride in establishing a long history of business success in her own right.  But the lifelong Californian also considers success a function of giving back, and as part of the Sheila B. Driscoll Foundation, her latest initiative comes right out of the headlines.

“It really started out of the #Metoo movement, because I was seeing that there were very resilient screenwriters and women in film and in television. But they were having to confront these kinds of oppressive barriers. They had no mentors, and they had no one to guide them through the labyrinth of Hollywood,” asserted Driscoll.

A potentially treacherous and very dangerous minefield, the entrenched powers are in a prime position to lay all kinds of traps, while the novice often has no idea of the peril.  “So generally it’s just a breeding ground for young women to be taken advantage,” lamented Driscoll, “and if you’re a newbie and not acquainted with that kind of environment, it can be very disconcerting.”

In response, with her many industry contacts who have been there, done that and have the scars, women can hopefully circumvent the old boy Hollywood ways.  The goal is that the foundation can encourage more women into the media and entertainment industry, and in putting them in front of the right people, their creativity can get out of the starting blocks. “If you come out of film school, and you go to any part of the entertainment industry, they just think all you need is a script, a budget, and an actor attached, and you’re done,” said the global philanthropist. “It doesn’t work that way. There is a lot of groundwork that needs to be covered before you even approach anyone with the script, much less a request for film financing.”

Still, optimizing opportunities means focusing efforts on the best resources, and Driscoll sees partnering with Sundance as an appropriate avenue.  “Sundance has not only the experience, but a vetting process that identifies the key players,” said Driscoll.  “Who are the next directors, who and what is the process of getting filmmakers through their labs, how to train people in all areas of filmmaking, how to screen write and how to do a hundred different things in film and in television from experienced industry professionals.” 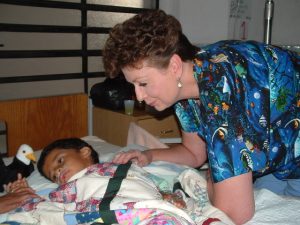 As a result, Driscoll knows that granting sums in the neighborhood of $50,000 to $100,000 won’t go to waste. “I think my money would be best used here because these professionals are really in the business of developing raw talent,” said the Monterey Institute of International Studies graduate.

Women and people of color being the demographic she hopes to lift up, her foundation’s initiative also extends to another group that Driscoll holds dear.  People of Determination is a phrase she has adopted from the United Arab Emirates and is much more preferable to using disabled to identify a group of people.

More than a simple nod, Driscoll believes that viewing their individual circumstances as a gift goes much further than hanging a negative connotation on someone.  “If people would view them in a more positive light and give them opportunities rather than handouts, they would be amazed,” asserted Driscoll.

Of course, she doesn’t mean cordoning off the autistic, the deaf, the blind, and individuals with down syndrome into low-playing, unskilled jobs.  ‘I really want a more inclusive work environment. I have been speaking with Charlie Hammerman, who’s really championed this. He has a disability investment fund that is really working to move people of determination into the workforce. It’s a brilliant plan,” beamed Driscoll.

Panning for gold in 1849 wasn’t necessarily a winning plan for everyone, but Jeremiah’s real success was not being satisfied with material gain.  A life is what he was after, and the first part had him marrying the love of his life, Johanna Hickey.

Great grandmother in tow, the couple left Shasta and bought a small parcel of land in Watsonville, California.  “He just wanted to have some farmland to raise berries and apples,” remembered Driscoll.

Like his great-granddaughter, the patriarch didn’t limit his vision to the dominant players in society and found

strength in diversity.  “He worked with the Ohlone Indians.  They were the coastal tribe at that time,” she said.  “They taught him the secrets of growing berries and farming.”  The right combination of soil, water, and sun, he found success but stayed small. “So part of our business tenet is start small, fail small, and that’s exactly what he did. And so when he realized what he had done would create what he wanted, he bought more land,” said Driscoll.

Ninety-five miles of coastal land eventually amassed, the family continues to adhere to Jeremiah’s formula. “My great grandfather, grandfather and his brothers all realized something extremely important. If you put people’s happiness before yours and give them something of value and joy, while giving more value than you charge, you will always have returning customers,” Driscoll implored.

150 years later, Driscoll’s has kept it in the family, and the cohesion is no surprise.  “I sat in meetings when I was five years old. I may not have understood anything. But we came together as a family, and we sat at round tables, so no one was in power,” she said. “There was a sense of really sharing the decision-making.”

Therefore, with everyone taking ownership, the sense of entitlement that sinks other family businesses hasn’t happened at Driscoll’s. Thus, this family business is always in position to be passed on when the leadership retires.

On the other hand, the Driscoll’s have always known that the family doesn’t know everything.  “We always invested in people that were smarter than we, and that’s our business principle,” said Driscoll, and the mindset allowed the company to be way out in front of what is considered a standard today.

“Driscoll’s went into organic mode long before it went national,” said Driscoll. “So they didn’t need pesticides.”  The impetus to be ahead of the curve didn’t end there either.  Beginning in the 1940s, the company started inviting the best and the brightest to share and grow their technology, and Driscoll’s forward thinking established the world over, Sheila has now been asked to help turn desert in Saudi Arabia to farmland. 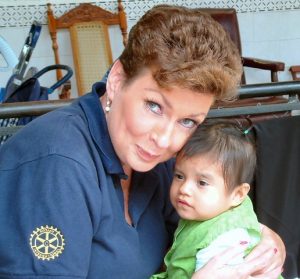 Traveling to the region in October to speak at an alternative investment summit, Driscoll is proposing a food institute to address food insecurity and hopes to enlist AgroTech professionals to lend their expertise. “I’d like to have a roster of rotating professors and food scientists,” said Driscoll.

Of course, the institute would keep close to the people – especially women and the people of determination. “This would empower inclusiveness that much more in this part of the world. They could farm and bring their crop to the market in a space where everyone can cultivate and grow as people.  It will be a loving environment that fosters the economy for all. One that embraces  a sense of higher purpose, the epitome of my family’s legacy,” she said.

She’s also not afraid to boldly enter a market where many others have already been.  “I’m going to create my own Irish whiskey,” Driscoll said. My Business Marketing Imagineer and I have come up with the “perfect” name. This will be a whiskey you can really sit down and enjoy with your beloved on a quiet, romantic evening or sip on your own.” “A “perfect” ending to the day.”

Thus, a wealth of business knowledge at her disposal to give another venture a go, Driscoll will never turn her back on others who want to make their own way. “When you get to the top, send the elevator back down,” she fondly quotes Jack Lemmon.

And its mentorship through shared wisdom that really pushes her buttons. “You don’t have to create wisdom all over again. You don’t have to reinvent the wheel with these traditions. They’re there because they work,” she asserted. “They have to be safeguarded and employed because the next generations will be leading the troops. We need to empower them through mentorship, knowledge, wisdom, best practices and governance.”

The financial rewards are primed to then follow, but putting money first is not a formula Driscoll recommends. “You’re constantly chasing after what’s not,” she said. “It’s very self-defeating.”

Instead, the CEO seeks a certain type of person for her new company, Driscoll Ventures. Enterprising individuals with good hearts who see a higher purpose for commerce and want to put their talents to things that have never been done. Interdisciplinary business creators if you will. “Those are the people that I have closest to me and with whom I want to partner,” said Driscoll.

She still does have a little extra focus on women, though, but that’s not out of the self- interest of her sex. “We’re nurturing, we take care of the world. Let’s educate women and let them do what they can do,” she concluded. “They will take care and bring the world back.”