by Hillary Latos
in Interviews, Investing
0 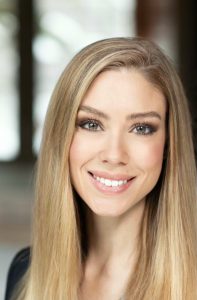 While SPACs have become the latest darling on Wall Street, fintech venture capitalist veteran Isabelle Freidheim is betting big that women led SPACs will be the next big thing to hit the capital markets. When SPACs were in their nascent phase, Freidheim was researching the landscape and noticed that there were hardly any women involved in this new and highly lucrative financial instrument. Rather than watch history repeat itself and let this become another male dominated sector, such as leveraged buyouts, hedge funds, and venture capital, Freidheim saw this as an opportunity to level the playing field. She decided to disrupt the current landscape and create an own all women led SPAC, Athena Technology Acquisition Corp.

Along the way, she spent time discussing opportunities with Phyllis Newhouse, the founder and CEO of IT and cybersecurity company Xtreme Solutions; it quickly became obvious that Phyllis was the ideal SPAC partner, being a founder herself and well equipped to understand and communicate with other company founders. Most importantly, Phyllis was aligned with the mission and had herself done significant work to help women. Together, they raised $250 Million on a recent NYSE IPO this March. What makes a SPAC especially attractive to a private company is not just their access to capital but the management team behind the SPAC that can bring their specialized bevy of expertise, experience, relationships and brand building skills to take their company to the next level.

Prior to launching this SPAC, Freidheim was the co founder and CEO of Magnifi which utilizes AI and ML to democratize access to finance with the only natural language search engine in the financial industry which was recently acquired by Tiffin. She gathered a powerhouse of experienced female company founders, operators, venture capitalists and investment bankers, who have proven track records of founding companies, raising money, and selling them for multiples over investment . Partnering with Cohen &amp; Co, the family company controlled by Betsy Cohen, “The Godmother of all SPACs,” with 30 sponsored SPACs under her belt already and 8 of her own, Athena’s board members comprise an impressive list of who’s who in the tech, venture, and capital worlds. Some of the accomplished female board members include Kay Koplovitz, founder and former chairman and CEO of USA Networks, Annette Nazareth, former SEC Commissioner, Judith Rodin. former president of the University of Pennsylvania and the Rockefeller Foundation, and Janice Howroyd, founder &amp; CEO of ActOne Group. Their advisor and investor group includes the former CEOs of Diane von Furstenberg, DeBeers NA and Givenchy NA, Co-Founder of Thrive, Co-Founder of Gilt, Glamsquad and Fitz, and former partners at several leading investment banks. Isabelle Freidheim speaks to Impact Wealth and weighs in on what are the key elements to creating a successful SPAC and how Athena holds an advantage above the rest.

How do you choose your board members?

All our board members have decades of experience as deal makers and operators. That was a required criteria; we know it gives an edge when engaging with company founders – as opposed to many other SPACs that may be comprised of just bankers.

What criteria do you use in determining the company to take public?

We are looking at companies that have over $1bln of enterprise value, who are public ready and have a compelling reason to access the public equity capital markets. Most importantly, we are looking for those companies that will be industry leaders in a new age economy. We manage our deal flow based on preexisting relationships and knowledge of the industry.

What is the next project you will be working on?

We have been thinking about Athena as a brand, where we can be used as a springboard for other women to launch their own SPACs. We intend to bring more SPACs to market as long as the regulatory environment and the markets are open to it, but we also would like to attract women who are talented, who may be working on something else, but can add value. I also continue to make fintech venture capital investments, which has been a fast growing space in the last decade.

Do you feel a sense of empowerment of working with an all women led SPAC?

Absolutely!  By working together we can unlock more potential . We have superior execution capabilities and a good line of communication with companies as well as an impressive proprietary deal flow, where we’ve cultivated relationships for a number of years. We have several EY entrepreneurs of the year award winners in the group, women who have effected many company exits. It’s a very tight knit group. We all help each other.

As pioneers do you think this will be a continuing trend in finance?

Yes, I believe SPACs are here to stay and will be a part of the capital markets in the long run;
however, I also believe they may take a different shape with higher quality sponsors than what
we have seen recently, perhaps we will also see more regulatory oversight. We will also see
market forces at play that will ultimately compress the economics for SPAC sponsors, or at least
better align incentives — as it often happens in any area of finance that sees outsized
returns.

Our SPAC has an innovative promote structure that is aligned with the stock price of the
acquired company, therefore aligned with the concept of long term growth. We believe in
being fair and kind in everything that we do.

Did you have any obstacles as you were building out an all female track team that maybe a male team
wouldn’t have had?

I think the scrutiny was higher for us. When mid-level hedge fund managers do a SPAC, it’s kind of assumed that they know what they are doing, but then you see all these women. And I think people assume that we don’t know what we’re doing when in fact we probably have more experience than most SPAC sponsors. We were being examined very closely under the microscope.

And was there any kind of resistance from women in finance?

Yes, women tend to compete against each other, as if there was only room for one or two. It is not productive and it doesn’t have to be that way anymore. What is more productive is to work towards increasing the number of women in areas that generate attractive economics.

Were the bankers supportive all the way along?

The reception was really strong and we were multiple times oversubscribed. IPO investors are mandated
to generate returns and all investors we engaged with recognized our experience and execution capabilities. Several times, I wasn’t until halfway through the presentation that they realized we are all women. What they saw was the list of company founders, public board members and investors that were very relevant. Whenever they just looked at our qualifications as professionals, then it becomes a different conversation.

What advice would you give to the next generation of women who aspire to be in finance?

I would say to be bold and loud and make their voices heard s. I was shy myself as a little girl – I still am – but I work to overcome that on a daily basis; women and girls are often indirectly taught that they should be understated and work to be liked. It is usually communicated through unspoken but pernicious society norms – although there has been significant progress made on that front. That’s why we do what we do at Athena; because we want to honor the work that has been done for women so far and we aim to continue to improve the opportunities for women.