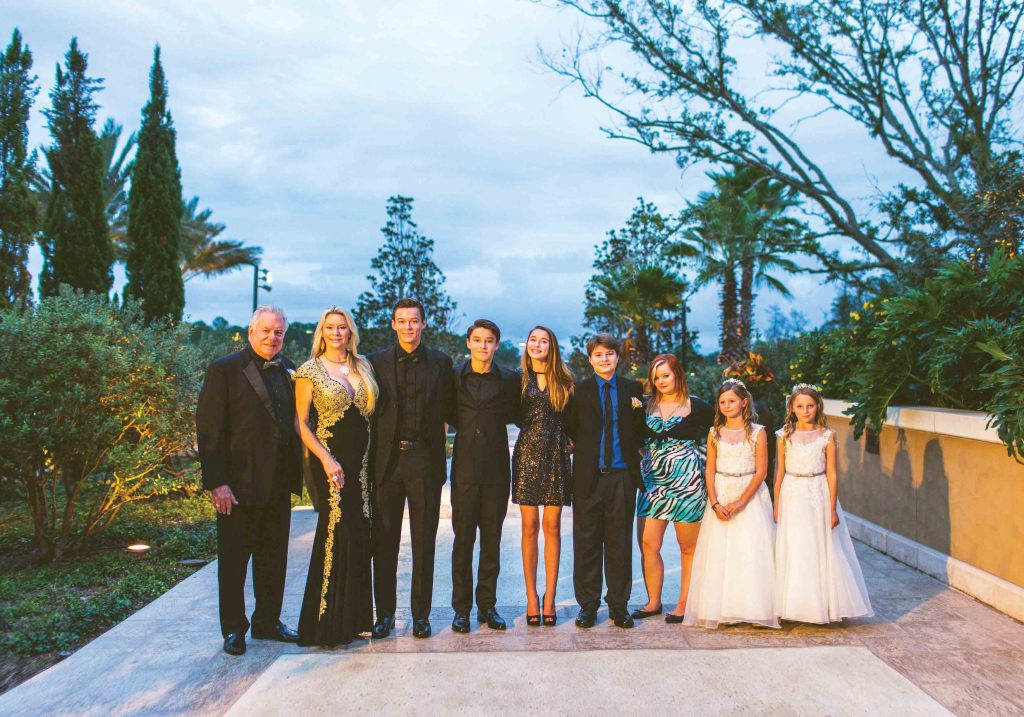 Though David and Jackie Siegel are best known for the Westgate timeshare properties, and for building their lavish 90,000 square foot mansion known as Orlando’s Versailles, they suffered an unthinkable tragedy in 2015 when their 18 year old daughter Victoria died of a drug overdose.   They realized that no matter what socioeconomic class a family is in, money cannot replace the tragedy of losing a child which motivated the Siegels to create Victoria’s Voice Foundation, which they believe her death can save thousands of lives.  Their lives have become more public now with the hit docuseries on Discovery+ “The Queen of Versailles Reigns Again” but they use this media platform to not only chronicle the building of their expansive manse but to educate millions about the silent bullets killing loved ones through drug addiction and overdose and how to recognize signs and prevent an overdose before it’s too late.   Impact Wealth Magazine sat down with the Siegels to learn more about their accomplishments and tireless fight against the drug epidemic to save thousands of lives through the Victoria’s Voice Foundation.

IW: Tell us more about your latest docuseries, “Queen of Versailles Reigns Again”

JS:  When we were on our honeymoon to France we visited Versailles, and David decided he wanted to build a house on land we owned for our growing family and give it a name so we decided on Versailles. I didn’t know that people named their houses, besides the White House.

We met with the architects and the house kept increasing in size as we had more children.  I met a photographer in California at the Versace store opening in Beverly Hills, who happened to be a documentarian. She wanted to document the building of this house, but then the crash of 2008 happened and the banks made us list the house for $100 million.

The original documentary turned out to be going in the wrong direction but things are going really well now.   We have a huge hotel and casino in Las Vegas which is the former Hilton, where Elvis Presley sang. Our latest docuseries, “The Queen of Versailles Reigns Again” is number one on Discovery+. 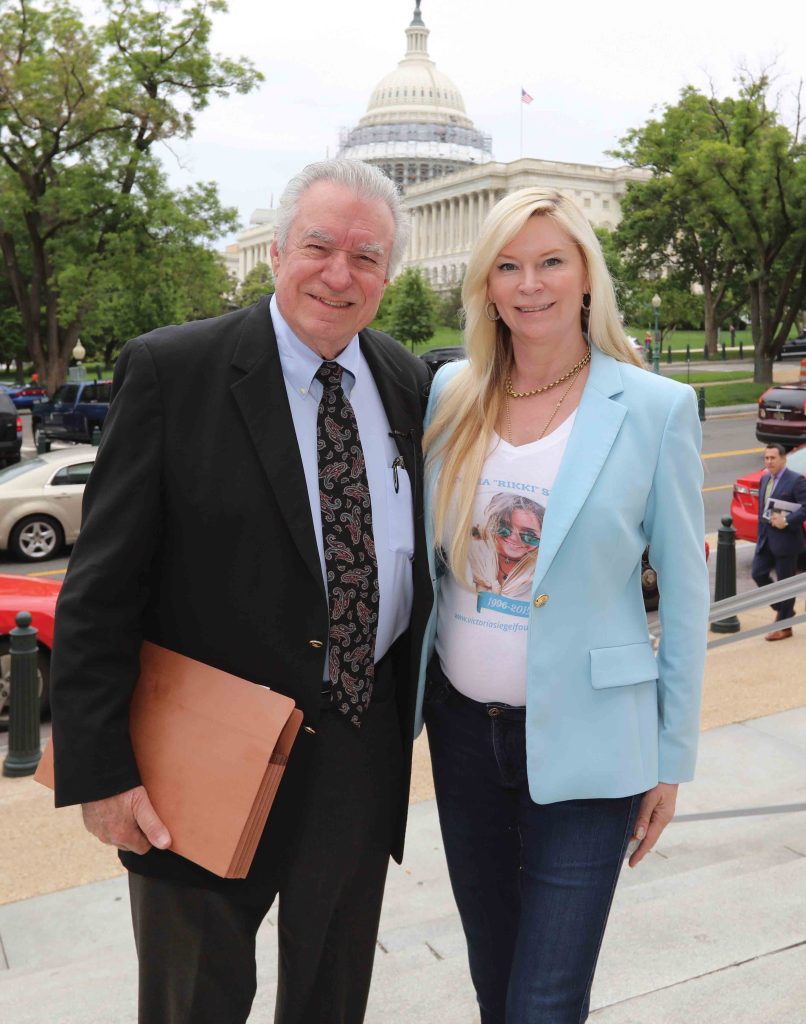 IW: How has your business changed since 2008? What type of lessons did you learn that has led to your success?

DS: Business is great. I learned not to put all your eggs in one basket. The banks are your best friends in good times and your worst enemy in bad times. But we came through it and we’re doing record sales, and we’re finishing up Versailles.

JS: David decided he would never be in debt to a bank or ever again, so we own Versailles free and clear. One thing that’s nice with the TV show is the people producing it are all parents too, and they’re worried about the drug epidemic. They are following me through my journey with Victoria’s Voice and increasing awareness about the drug epidemic.

DS: We lost our 18 year old daughter to a drug overdose seven years ago and now that’s been our primary focus. Not building a house or business but saving lives from drugs. We started Victoria’s Voice which has been doing a great job saving thousands of lives. That’s really our focus, everything else is unimportant compared to how many people are dying. You’ve probably heard that over 100,000 people died last year from the drug epidemic. It’s getting worse. It’s going up 20-30% every year, and that is why we are fighting it.

JS: There’s talks of a Broadway show coming out about the Queen of Versailles, which I think is going to be amazing. We’re glad to be involved with the 1640 Society. David always says at the end of your life people remember you for what you’ve done rather than how much money you made in your life. 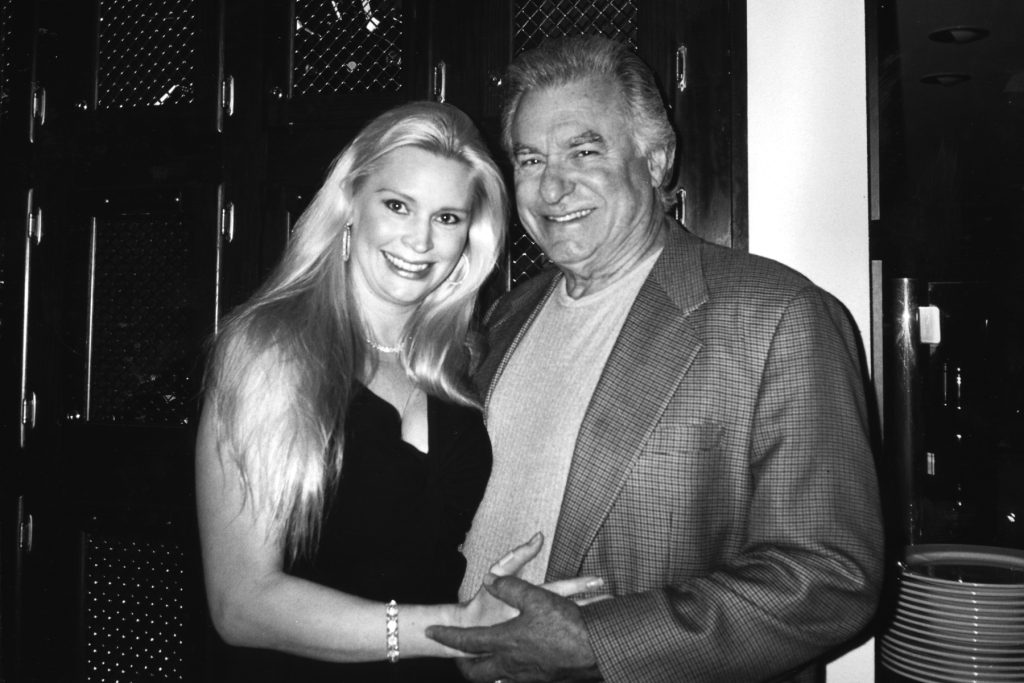 IW: What are some of the biggest accomplishments you’ve achieved with Victoria’s Voice?

Jackie: We got The CARA Act bill passed to provide over a billon dollars to fund the drug epidemic and distribute Narcan across the country about five years ago. David spoke to the House and Senate about passing this bill, and now everyone knows of Narcan. In two counties alone in Florida, they’ve used Narcan over two thousand times already each year, and using it every day, so we know that we’ve saved several thousands of lives. We have developed an incredible education program called Victory Academy that tackles low self esteem, teaches life skills and provides parents with critical information.

We’re involved with Mrs. America, which is the married woman’s pageant. All of those women have children or are planning on having children. We will have like these beautiful winners with a sash and a crown that will become instant celebrities in every state. I  speak and warn other parents about the signs to recognize if their child is doing drugs behind their back and how to address their children, so hopefully they won’t lose their children like we did.

IW: What do you think is happening in the world now that’s causing an upsurge in drug abuse?

JS: We’re doing things on a national level and my husband is a very powerful man, and very passionate about saving our next generation. We thought that with our hard work and efforts that the number of deaths would actually decline.  Since COVID, with the stay at home order, the masks, and the fact that kids couldn’t go to school for one to two years has affected their mental health.  The lack of stimulation and parents losing their jobs and businesses, and the isolation has contributed to the increase of overdoses. Some people are self medicating with drugs and some people are bored. The unfortunate thing now with open borders is that fentanyl is coming in much more freely.

More than 90% of the drugs that were kind of safe like street marijuana are now deadly if they’re laced with fentanyl. COVID related issues and fentanyl are the two big culprits. The leading cause of death for people from ages 12 to 45 is a drug overdose which is worse than the COVID pandemic. It’s almost like invisible bullets are killing our next generation.

DS: We’re trying to educate people that as long as there is Narcan, it will bring them back 100% of the time. However, they have 90 minutes to get the person to the emergency room to start detoxing. The drugs shut down the sensors in their brain that control our breathing. They can’t return home, they must start rehab.

It takes a minimum of 90 days to get rehab and it could take a year. They are the most vulnerable after 30 days because they are more susceptible to overdose. We’re trying to educate people, so many people are dying. We have speakers who go into schools to speak with students all over the country, we have reached over a hundred fifty thousand in the last 2 years. We have a book called Victoria’s Voice containing my daughter’s diary that we distribute around the country and we’re very active on the drug front. The drug epidemic is our number one priority.

JS: Versailles is number three and family is number two. It took me a while, to get my strength back and get out there in the world. I am on this mission to save lives from drugs after we lost our daughter. We have seven other children, and we really need to get our family home finished which will be a great place where we can host events and fundraisers for Victoria’s Voice.

We’re really getting a lot of national publicity through this house which really helps Victoria’s Voice, as her legacy is also a part of this house. We have symbols of butterflies throughout the house in semi precious stones in the floors and the chandeliers, which are symbols for our late daughter Victoria. We even have a helicopter landing.

IW: What signals should parents look for in order to prevent them from losing someone?

JS: There are a lot of vital signs, one of the most important signals is a change in personality or attitude. If they’re locking themselves in the room or if they’re not coming home and they want to sleep over at their friend’s house all the time. They are tired, have dropping grades, absent from school, change of friends, getting into bad groups, having less interest in activities, and anything unproductive.   We have all of this in our brochures and books. I wish we saw the signs, but we didn’t see them. She was our oldest of eight kids and we just thought she was a normal teenager with mood swings. We want to warn other parents to not miss it and let their teenagers slip through their fingers. 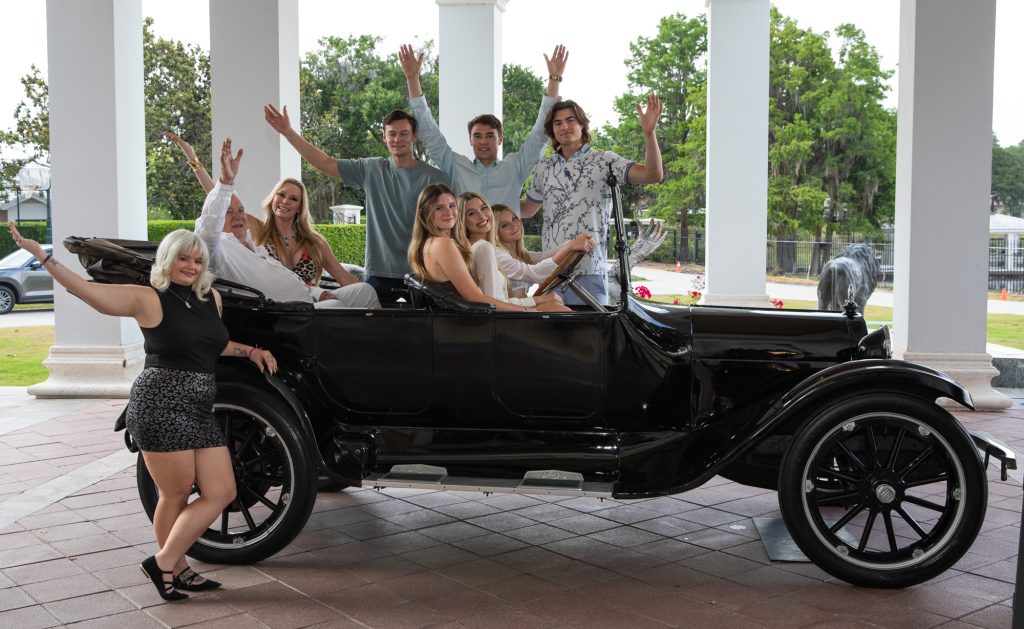 IW:  Are your children also involved with Victoria’s Voice?

JS:100%, it was very traumatic for the kids. They attend and speak at our events.  We’ve had speakers go to thousands of schools in 17 states so far. When our kids come and speak to a group of their peers, I think it has more of an impact when it is a peer to a peer.  It’s one thing for a 55 or 60 year old person to tell a kid not to do drugs and about their experience, but it’s another thing when they see a teenager telling them about losing their sister. I have twins in ninth grade and the drug epidemic is so bad that we were at a dinner and one of my twins was looking at her phone and she looked like she just saw a ghost.  One of her classmates just died of a drug overdose after she ordered pills through Instagram, which was pure fentanyl. It’s happening every day.

DS: Parents need to test their children for drugs. Parents need to tell their kids that they are about to be tested and even if they don’t test them this will keep them from using drugs. Fear is a great deterrent. They need to realize that around 12 and 13 years is the age that they start experimenting. They usually start with marijuana, which leads to harder drugs like heroin. Most drug addicts start with marijuana as the gateway drug, so when you see the states that are legalizing it, that’s the worst thing they can do.

JS: Another message that I would give to parents is to do things with your kids, whether it’s planning a trip, or doing an activity such as bike riding. You have to spend time as a family, the family unit is really important.

IW: Do any of your children have an interest in the family business?

Jackie: Our kids are not spoiled. If they ever want a new car, they have to work and earn a new car. When they turn 16, they get hand me down cars. My husband is teaching the two boys how to go in and develop land and how to get the permits. The other children are studying accounting and finance.  They’re building their niche to be the next generation of the company.

David’s going to ensure that when he passes the torch someday, the company’s going to be in good hands. He’s a great mentor.

I certainly didn’t know this was going to be my path in life, but I’m glad to be able to do something about this and hoping that with our show on Discovery+, we can raise even more awareness.