by Editors
in Lifestyle
0

Photos by Kyle Edwards and Bentley

When you’ve done well in life, you come to a milestone where a new wing of automotive choices opens up to you. One of those choices is the world of luxury cars. Brands like Bentley once reserved themselves entirely to the world of grand tourers and convertibles. However, things are very different as even these top-end brands are branching out into new styles, redefining them as they go.

Enter: The Bentley Bentayga
The Bentayga first arrived on the scene built on the company’s F4 layout back in the 2016 model year. In 2020, however, it received a significant enhancement and now the new Bentayga enters the 2021 model year as a model that changes everything that we thought we knew about SUVs.

On the outside, the Bentayga reflects the very latest in the company’s design DNA, maintaining signature elegance that buyers of such cars demand, but also adding a pleasing degree of muscle that helps define the Bentayga’s SUV form a little better. Some other details, too, like a larger rear spoiler, elliptical tail lights with animated LEDs, oval-shaped split tailpipes, and more were subtle but still noticeable changes that enhanced the overall aesthetic. 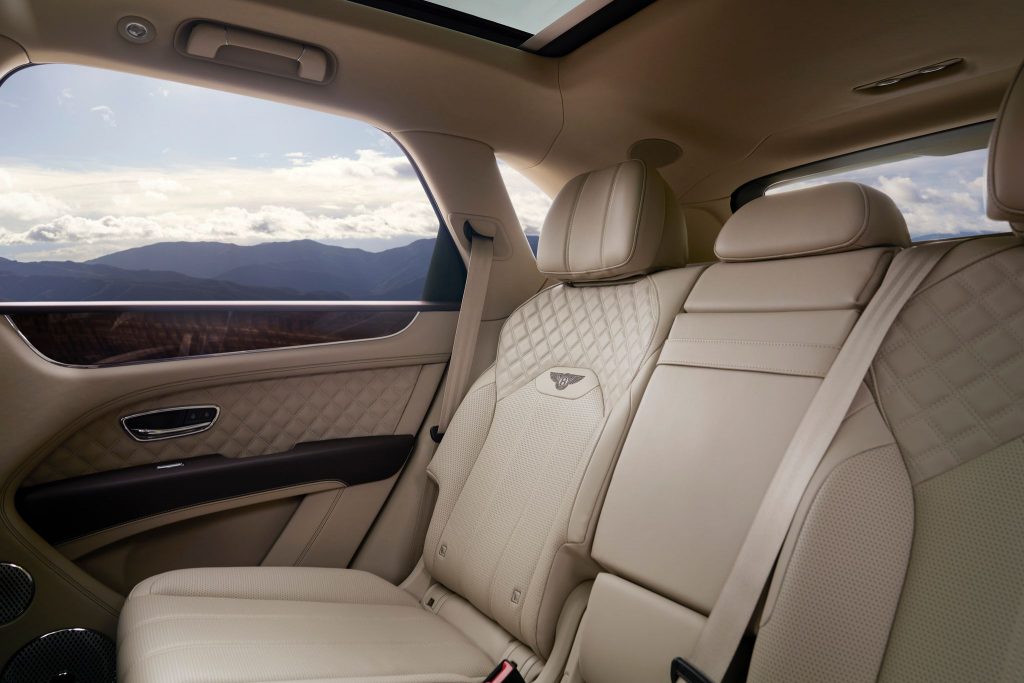 An Interior Made for Modern Comfort
Of course, one doesn’t buy a car like the Bentley Bentayga strictly for its exterior appearance or
even just to show off the Bentley badge. The main reason is for the extraordinary level of
comfort that we can experience either as a driver or as a passenger in these other-worldly
machines. 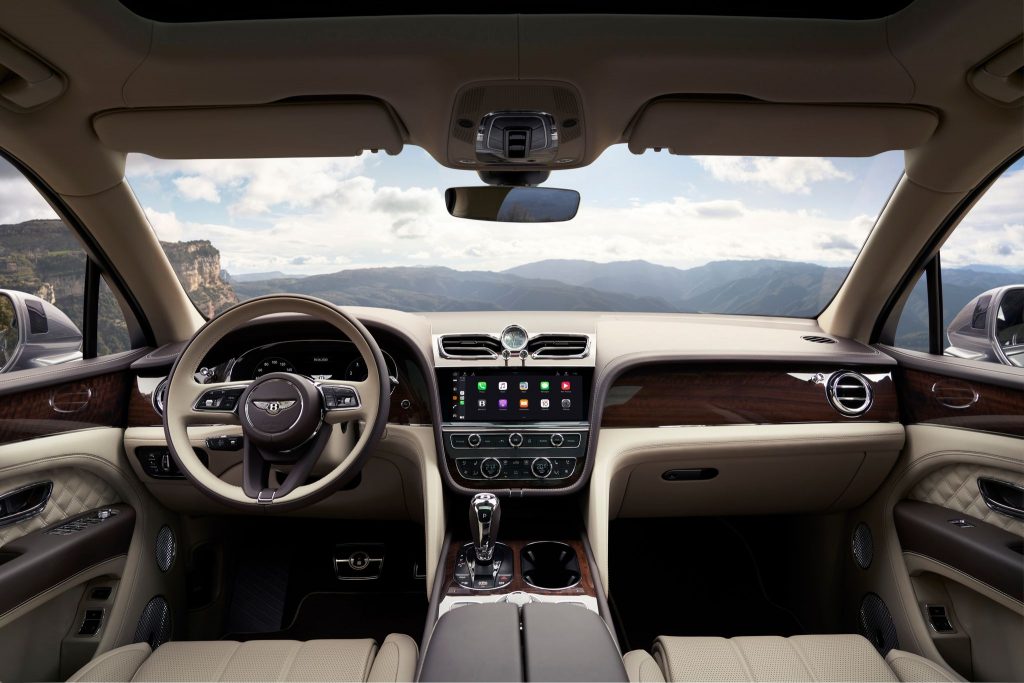 Let’s start from a driver’s perspective. The new Bentayga received some technology enhancements that make it an all-around better experience when you’re driving. First, the infotainment system has been extensively overhauled, starting with a flawless 10.9” super-HD touchscreen with faster connectivity and an improved user interface. Next, Apple CarPlay is now a standard feature, as is Android Auto. Those hoping to seamlessly integrate their smartphone can now breathe a sigh of relief. It doesn’t stop there, though. The Bentayga is also kitted-out for modern life more than ever with additional USB-C ports, air ionizers, a wireless charging system, and a built-in SIM card for additional online and data-based services.

The facelifted model has also received new seats, as well as a new steering wheel design and even door design. The new seat frames allow for up to 4 extra inches of knee space in the rear seats. While they’re enjoying that extra space, passengers can also take out their 5” removable touchscreen tablet to control the various entertainment and comfort functions available to them. 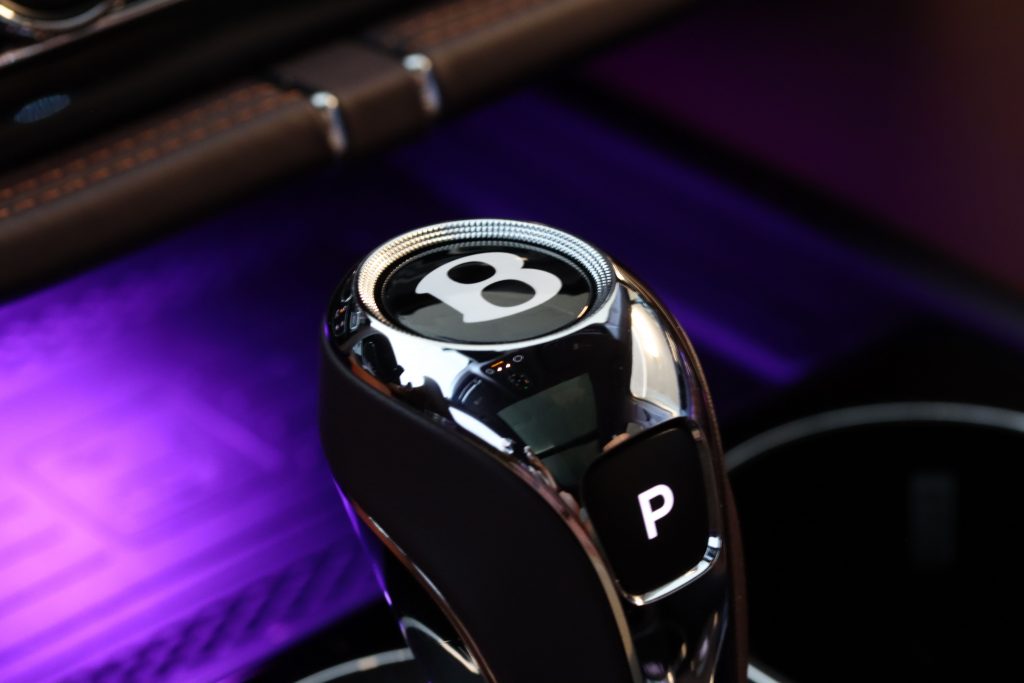 Different Choices for Different Lifestyles
The Bentayga, like all of its Bentley brethren before it, is no mass-produced pile of sameness or uniformity. The Bentayga is not only handcrafted and customizable but also comes with multiple options at every level to suit differing lifestyles. For instance, those living and driving their Bentayga in the city will be pleased to find a hybrid powertrain where the 3.0L V6 gasoline engine is combined with a 94kW electric motor powered by the 17.3kWh lithium-ion battery with 31 miles of electric-only range.

Those looking for more power and performance will find it in spades in the Bentayga Speed model. It’s W12 engine generates 626hp and up to 663lb-ft of torque, complete with a top speed of 190mph, and it can launch from 0 to 60 in just 3.8 seconds. Anyone looking for a balance between efficiency and power will find it in the flagship V8 model, which in Bentley’s own words excels itself by being “composed on all terrains.” 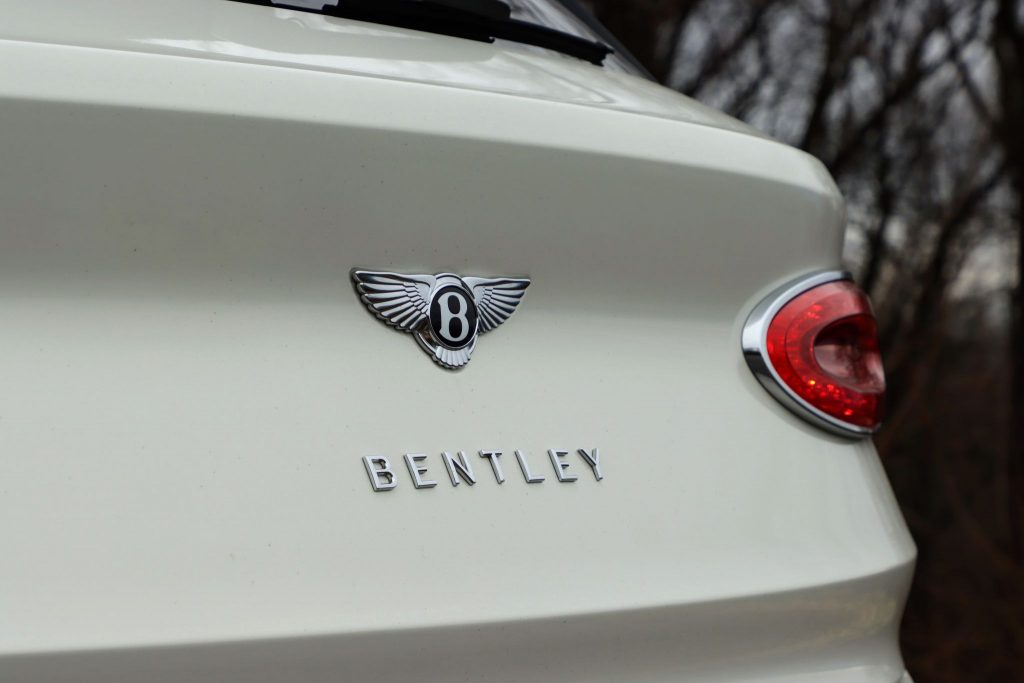 Bentley Bentayga: A Life Philosophy
The new Bentayga is more than just a car; it’s a statement about one’s own life. You can
personalize the handcrafted vehicle to better reflect who you are, and you can also experience
the Bentayga and its great offerings both as driver and passenger. On top of all that, despite all
the trappings of high-end luxury and comfort, it is still simultaneously a high-performance SUV
that delivers the same utility that you’d expect from a less prestigious brand. How many of those
other brands would turn heads like the Bentayga, though, is another question entirely.