Sir Ivan: Carrying on His Father’s Legacy by Spreading Universal Love Through his Music

by Angela Trostle
in Lifestyle, Philanthropy
0

Known throughout the world for Her talent, beauty, and timeless elegance, Princess Grace of Monaco (née Grace Kelly) had a secret passion—during Her lifetime, she quietly helped fund emerging artists so they too, could pursue their artistic dreams. During Her reign, Princess Grace brought arts and culture to Monaco while also quietly supporting countless American performers and film artists. This is the legacy that continues to inspire the Princess Grace Foundation’s mission.

Established in 1982 by Prince Rainier III of Monaco and close friends including Frank Sinatra, Cary Grant and Mrs. Lynn Wyatt, the Foundation was created to honor His wife’s legacy, Princess Grace of Monaco, an independent American woman, Oscar-winning Hollywood icon, and the globally beloved Princess of Monaco. The Princess Grace Foundation has been elevating extraordinary emerging artists in theater, dance, and film through career-advancing grants and throughout its nearly 40-year history, the Foundation has partnered with prestigious luxury brands including Van Cleef & Arpels, Dior, Cartier, Montblanc and more as part of its strat

egic goal to celebrate and support the arts.

Since its inception, dedicated patrons to the arts have donated millions of dollars to sustain the Awards administered by the Foundation and more than 800 recipients have been granted funding throughout their artistic careers. As part of that support, many patrons have created Legacy Grants which offer Named Awards to artists.

Life Through Her Lens

“I’m mindful of my Mother’s extraordinary impact on me, my sisters, and the Principality. She instilled in us a determination to have a positive impact on the world. It is my wish and hope that these efforts will help to ensure that Her remarkable legacy endures, so future generations can be as inspired as we were by Her life, style, and philanthropy.” – H.S.H. Prince Albert II 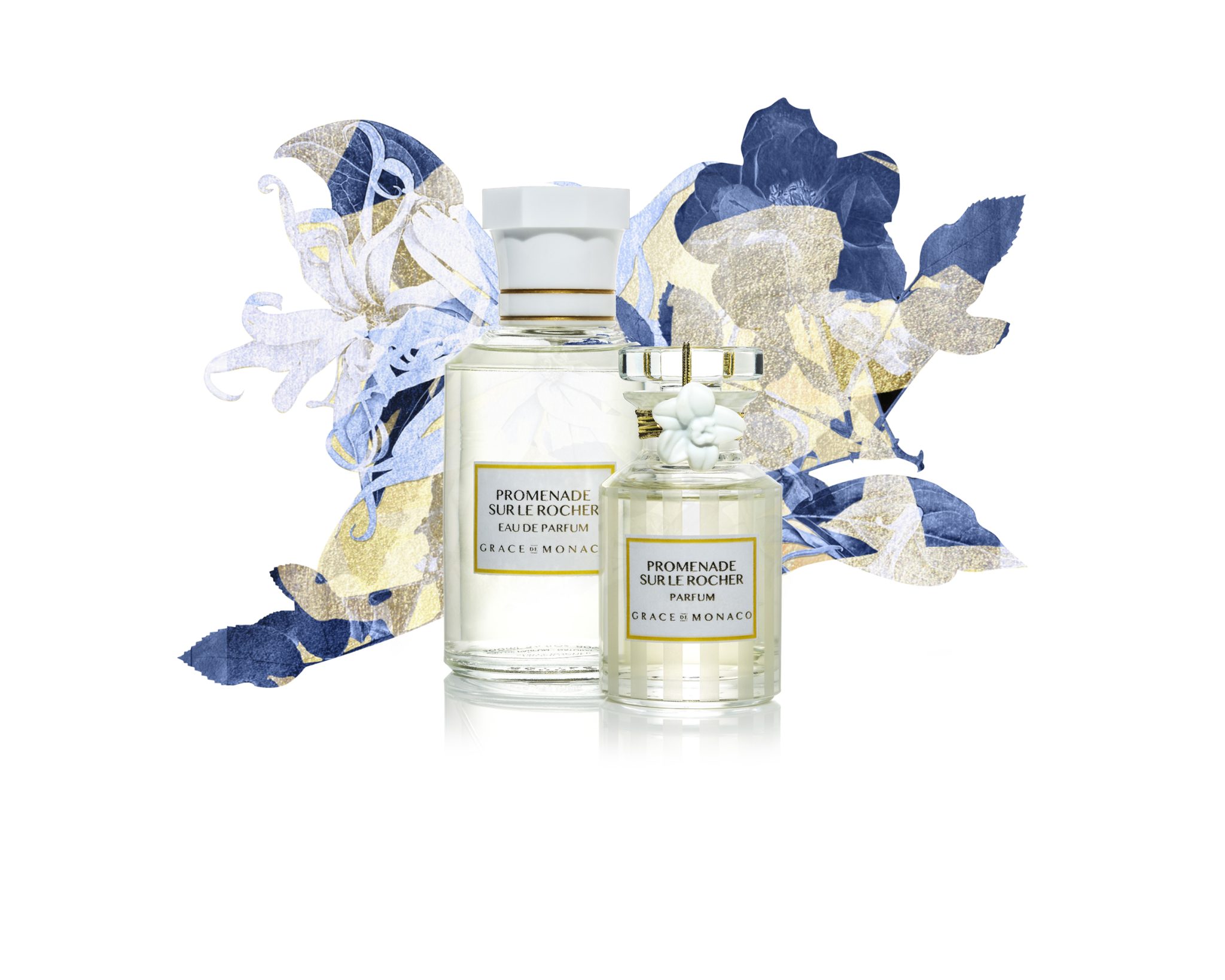 When the Princess Grace Foundation began the process of reevaluating their non-profit business model in 2019, there was a clear opportunity to enhance the Awards Program and capitalize on the generational inflection point to introduce younger generations to Princess Grace.

Launched in July 2021 and overseen by His Serene Highness, Prince Albert II of Monaco, luxury brand Grace de Monaco was founded with a humanitarian purpose. A brand that Grace Herself would have loved.

“The world of Grace de Monaco defines exquisite elegance and craftsmanship while at the same time recognizing that each purchase is ensuring a young artist can take another step toward their creative dreams. With 100% of the proceeds going back toward the Foundation’s charitable grants program, Grace de Monaco is a living tribute to modern Monaco’s culture of philanthropy and is setting the standard of luxury for good. “– Brisa Carleton, CEO Princess Grace Foundation-USA

Promenade Sur Le Rocher is the premiere fragrance collection for the brand and was conceived as an elegant white floral developed by an expert team including, fragrance and beauty advisor Veronique Gabai, award-winning Master Perfumer Olivier Cresp from Firmenich, with packaging designed by Jérôme Faillant-Dumas. The perfume has the highest rating of sustainability based on current technology and ingredients according to the EcoScent Compass™ developed by Firmenich. The fragrance retails online at gdmonaco.com and on Neiman Marcus.

“It is my hope that you will support this project and serve as its ambassadors around the world,” shared H.S.H. Prince Albert II at the brand launch. “Please help us to ensure this endeavor thrives so that tomorrow’s extraordinary artists can achieve their dreams.”

Learn more about the Princess Grace Foundation at pgfusa.org and Grace de Monaco at gdmonaco.com

Sir Ivan: Carrying on His Father’s Legacy by Spreading Universal Love Through his Music