Lamborghini Urus: A Statement of a Life Well Lived

by Kyle Edward
in Lifestyle
0

What is the Lamborghini Urus really about? Is it just a cynical attempt by Lamborghini to jump on the SUV bandwagon? Can we expect the all-electric Urus next week to compete with the Jaguar I-Pace and Audi e-tron? In fact, the Urus is an SUV that’s perfectly in-line with Lamborghini’s broader and historic mission, to provide the most luxurious, fantastic street cars anywhere on the market. 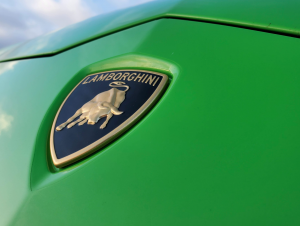 In the beginning, there was Ferrari, and Lamborghini came later to the party. The entire philosophy behind the charging bull was to create unbelievable luxury cars not primarily for the racetrack, which is where Ferrari’s DNA has always been, but for the road. The Urus is an athletic luxury SUV, but it is built mainly for the streets, not for the track.  So, what is Urus, then? Who would want this luxury SUV in a market awash with more high-end SUVs and crossovers than you could shake a stick at?

Urus: Built for a Successful Life 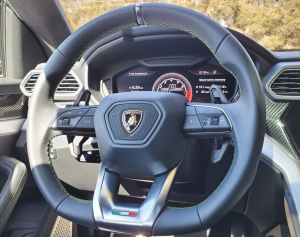 To own any Lamborghini is a statement of great status, wealth and financial success, but the Urus holds a special place. Lamborghini’s supercars like the Huracan and the Aventador speak to a certain personality and lifestyle. These are the cars that roll up to the casinosin Monte Carlo; to the exclusive New York night spots; to the millionaires’ yacht club in Hong Kong —you get the idea.The Urus is built for more than that. It’s not just some fancy prop to be seen in. It’s a car for real life; a life well lived. First, with the options for a 3-person back seating row and 22 cubic feet of cargo space, this is actually a pretty serious family car. It’s more expensive than a Ford Galaxy, but it’s ready for that kind of lifestyle.Second, the Urus is also built for adventure. With a 4.0L twin-turbo V8 engine producing 627lb-ft of torque at just 2250 rpm means this is a car that can handle just about anything; including a 0-60 time of 3.1 seconds, making it one of the fastest SUVs in the world. Being in a pricey luxury SUV doesn’t and shouldn’t restrict you from where you want to go, so the Urus speaks to a whole new set of lifestyles that other Lamborghini models don’t. The Huracan is for show, but the Urus is for life. 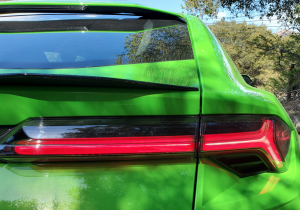 Unlike the more cramped driver oriented racing cockpits of brands like Ferrari, the Urus is built to deliver a
singular experience in luxury and style. The front sport seats are crafted for maximum comfort with heating, ventilation and optional massage. The controls in the centers tack are positioned in a slanting easy to reach format those that aren’t already mounted on the wheel, that is and the Urus owner can customize the rear of the car with either two bucket seats or a 3-seat bench. Everything digital comes with sharp,flawless graphics and audio played through the optional Bang & Olufsen sound system speaks to a car made for enjoyment and not simply driving fast – though the Urus can do plenty of that, too.What Lamborghini has created is perhaps a pinnacle in SUV engineering. It’s the standard to which now other companies contemplating SUV models -including Ferrari – are now looking. All-wheel-drive luxury really never drove so well.