by Editors
in Business, Investing
0

If you’ve been following cryptocurrency, you may have seen Brock Pierce in the news lately. Bitcoin hit its high at $60K this past March and is teetering around high forties. The $64K question for the FOMO’d (Fear of Missing Out) investor or crypto enthusiast is “Should I buy Bitcoin and when should I buy it? 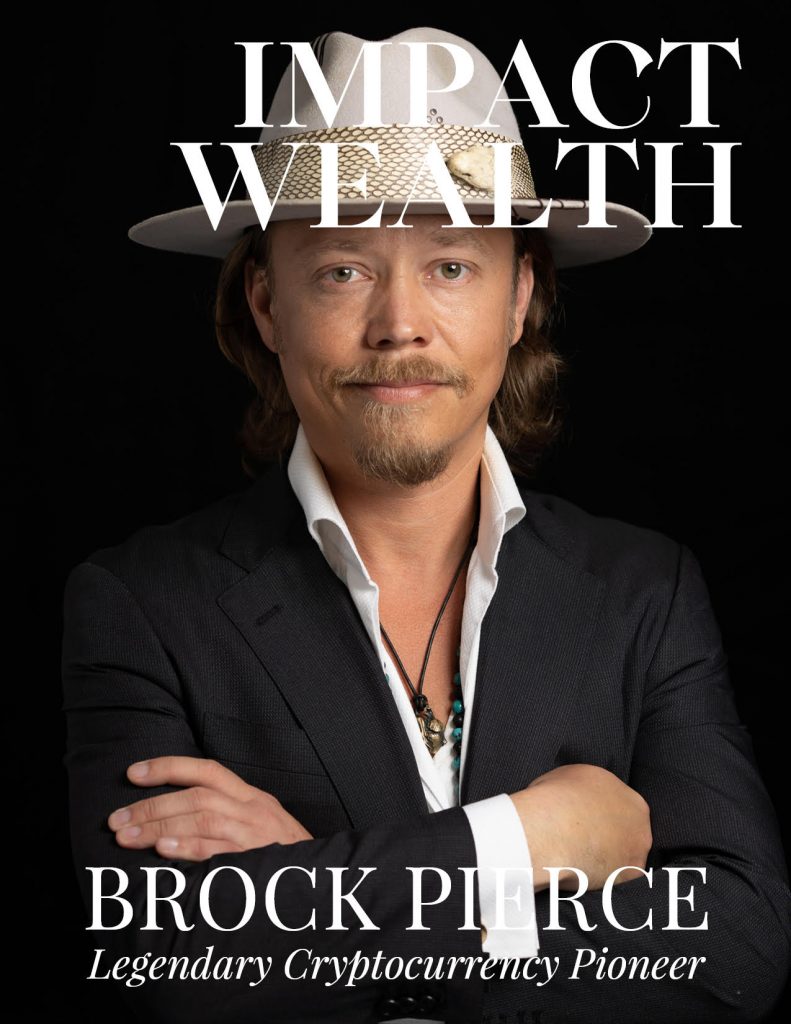 Pierce, a highly-regarded cryptocurrency entrepreneur is credited with pioneering the market for digital currency. He is the Chairman of the Bitcoin Foundation and Co-founder of Tether (a stable coin which currently does $60 trillion per year in transactional volume). Pierce states “The best advice I can give people is to first invest in themselves. Learn about the digital transformation that is happening now —  that will forever change the way we look at our monetary system.”  Pierce also suggests that anyone who is interested in cryptocurrencies should invest a nominal amount, just so they have skin- in-the-game, in order to better understand how cryptocurrencies work.

Pierce, who was a kid when the world wide web came about, is a product of the computer age. His video-playing led to gaming, and gaming into founding IGE, the first-ever company that introduced digital coins into gaming. Even back then, Pierce learned things don’t have to be tangible to be valuable. He has raised over $5 billion as a venture capitalist, but now sees himself as a compassionate capitalist with the work he has been leading. Pierce is heralded by many as a catalyst for change in the global financial industry.

“Cryptocurrency is extremely important. It provides accountability to systems enabling transparency and inclusion to billions of people on the planet with limited or lack of financial tools.”  -Brock Pierce

Peter Schiff, a global economist who runs a gold fund and happens to be Pierce’s neighbor in Puerto Rico tweeted the following… 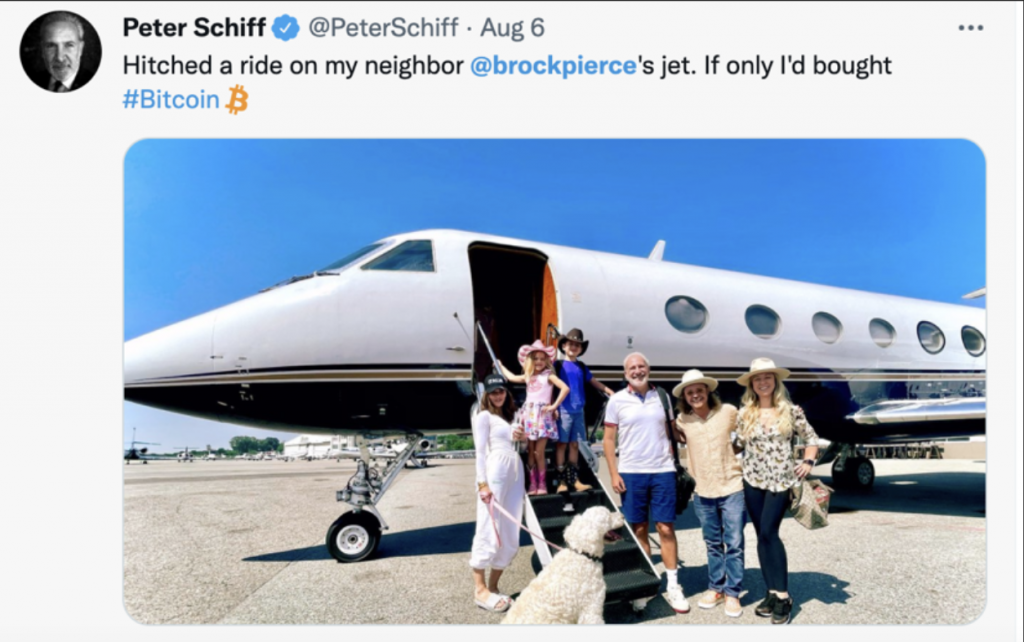 These days, Pierce spends a lot of his time on his jet flying country-to-country with his delegation of like-minded entrepreneurs. His objective is to assist governments in creating the financial systems of the future. Last month, Pierce returned from meeting with the honorable President Nayib Bukele ‘s ministry in El Salvador. El Salvador recently passed legislation to make Bitcoin legal tender. Pierce states, “This is the kind of financial transformation that will level the playing field for everyone, irrespective of their economic status.  In many developing nations, the number of unbanked citizens outweigh those who are banked, by about two-to-one.”  This month, Pierce met with the presidents of Honduras and Panama accompanied by his delegation of blockchain entrepreneurs.

Another one of Pierce’s more fun acquisitions is the Delorean DMC featured in the movie, Back to the Future, as the time machine — known as one of the most iconic cars in movie history. 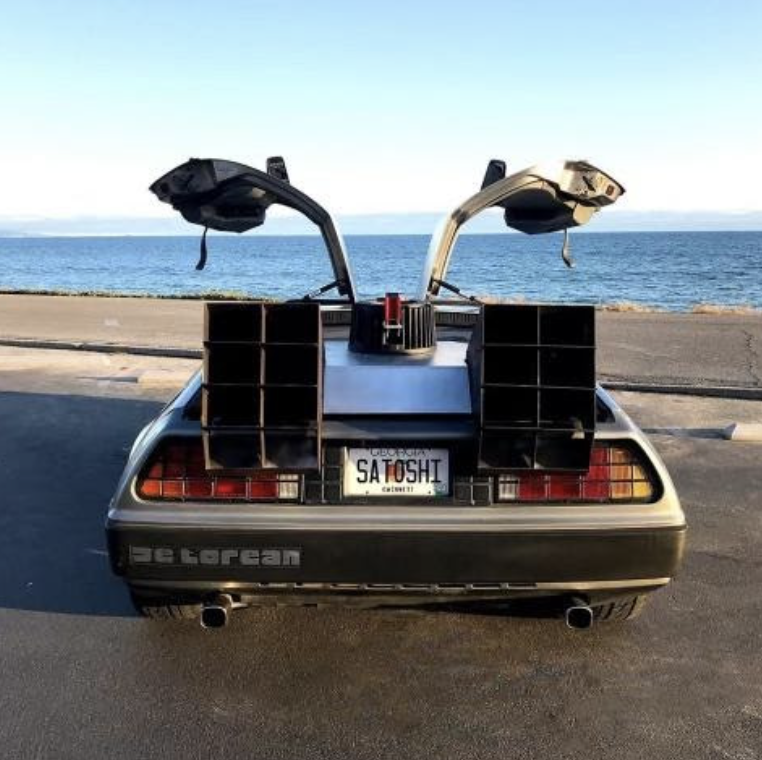 Nakamoto is the presumed pseudonym of Bitcoin’s inventor

Indeed, the crypto pioneer has many passions and wears many hats, literally and figuratively. But one particular passion that is growing is that of a historical conservationist, so to speak. Stand in a room with him for five minutes, and he’ll give you a history lesson or etymological explanation on something in the room. That being said, it comes as no surprise that Pierce snapped up a 17th Century forbidden chapel in Amsterdam in 2019. This was followed by the acquisition of El Monasterio in San Juan, Puerto Rico, then an historic Washington DC building of his namesake, known as the Pierce School. His latest endeavor, however, is that of a rescue mission taking him from land to sea.

One Saturday morning, Pierce got a call from his friend, Chris Wilson.  Knowing Pierce’s passion for preserving history, Chris presented him with an opportunity he wouldn’t be able to resist. The MV Funchal, a 152-meter Portuguese ocean liner built in 1961 by the Danish firm Helsingor Skibveaert (under the supervision of Portuguese naval engineer Rogerio D’Oliveira), is the last remaining ship and symbol of the once large fleet of Portuguese liners. MV Funchal served as a presidential yacht for Presidente Américo Tomas in 1962. This esteemed vessel carried the ashes of King Pedro I of Portugal, who declared Brazil’s independence from Portugal in 1822.  This loved and cherished vessel is a national treasure for the Portuguese. Had it not been for Pierce’s “intervention” the vessel would have been turned into scrap. The previous buyers had intended for it to be a party boat going from Ibiza to London, but when payment wasn’t met, it was doomed for the scrap yard.

Without hesitation, Pierce purchased the vessel at auction, sight unseen. Pierce adds humor by saying, “Well, with climate change, we’ll never know when we’ll need an ark.” While Pierce could have certainly turned a fast profit in multiples by selling the vessel for scrap, nothing could be further from the entrepreneur’s mind.

Today, the iconic vessel is about to undergo massive restoration instead of destruction. Pierce, though a futurist by nature, has the foresight to preserve this piece of history, and to commit to a considerable investment to save her. Pierce’s gesture and plans have been met with great enthusiasm in Portugal. Conversations continue to ensue with Pierce’s intention of having the MV Funchal remain in Lisbon, in all her glory, for all to see.

As to what his next acquisition might be is anyone’s guess. Who knows? Perhaps he’ll be up for retooling the once superfast, turbo-jet Supersonic Concorde.