AT&T Unveils The Future of their 5G Rollout

by Hillary Latos
in Events
0 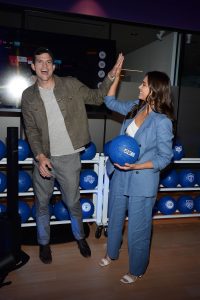 As wireless and tech are an integral part of our daily lives with the public’s unending thirst for speed and content, AT& T who purchased Time Warner Media just three years ago is planning to spin off WarnerMedia into its own content giant and concentrate on their core business of wireless with a slew of partnerships to harness their 5G prowess.

To kick off their announcement, they recently held a panel discussion in NYC featuring actor and tech-preneur Ashton Kutcher, AT&T CEO of Consumer Thaddeus Arroyo, VP of Google Devices and Services Su-Veer Kothari, Chief Revenue Officer of WarnerMedia Tony Goncalves and CMO & Founder of Bookful Dana Porter Rubenstein who discussed how AT&T 5G is innovating and transforming the way we experience technology, gaming and more. Ashton Kutcher said,  “The impact of 5G on society is going to be massive, it is just going to take a little time for people to start seeing the results but as we do we are going to realize it was a game changer.” According to Thaddeus Arroyo, “Consumer habits are shifting, we saw a massive shift in how we do and experience things during the recent health crisis – this was an accelerator for technology where we have seen the massive deployment of 5G not just in the US but on a global scale.” 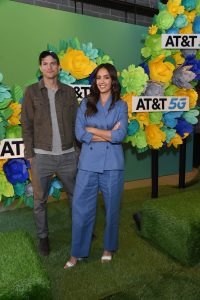 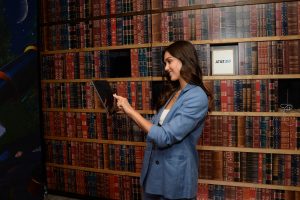 During the panel AT&T announced it was launching new partnerships with Boingo, bringing their 5G network to airports across America; new partnership with Bookful, bringing speed to virtual learning and reading; bringing sports to consumers wherever they are in live time announcing that AT&T is the Official 5G Innovation Partner of the NBA and WNBA. Also unveiled at the event were the new Space Jam in-store activations that consumers will be able to enjoy nationwide this summer.   “5G creates for the seamlessness with which people can move throughout their day and still not compromise on the experiences and relationship with the brands they really care about.” – Kellyn Smith Kenny

AVIV CLINIC- A REGENERATIVE RESPITE FOR SELF IMPROVEMENT