by Amy Poliakoff
in Interviews, Uncategorized
0 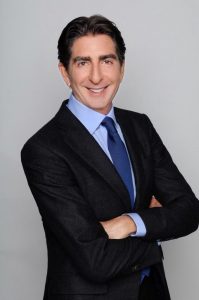 Conflicts arise on an international stage daily. Sometimes it takes just one man to broker an accord. At a unique time, Saudi Arabia broke with what some might say a middle eastern paradox, by appointing their first female ambassador to the United States. On Friday, July 2 Harley Lippman hosted HRH Ambassador Reema Bandar Al Saud, Ambassador of the United Kingdom of Saudi Arabia to the United States for a fireside chat in his Water Mill, NY home. Lippman hosted the Ambassador for a July 4th weekend. Celebrating the freedoms of America, people who care about US foreign policy and have an interest in the Middle East, outside of Washington, gathered to hear the ambassador discuss her views on Saudi Arabia and how they deal with women’s rights, reform, and more. An advocate for women’s rights her whole life, the ambassador was said to be one of the most gracious, intelligent, and thoughtful speakers that Lippman has had him speak from his home.

Harley Lippman, a man passionate about Israel and peace, was responsible for an event that gave a platform for political discussion. Having spent a lifetime building relations that lead to a political change and a true understanding of peace, Lippman is no stranger to diplomacy.

Four years ago, Lippman traveled to the UAE and Saudi Arabia with the Hirshhorn Art Museum, part of the Smithsonian in D.C. Having good relationships with congressmen and senators, of whom he has supported, he was able to set up meetings with the equivalent of the minister of foreign affairs for both nations. He went with one goal. To convey that it was in these nations best interest to normalize relations with Israel. He told them that there are three superpowers in the middle east and none of them are Arab. Iran is Persian, Turkey is not Arab but Sunni Muslim, and Israel is Jewish. He went on to tell them that of the three superpowers two of those superpowers covet their land and their money. Only one has no grievance with you, Israel. It is in their nation’s best interest to be aligned with Israel.  As an honest broker.  Lippman was trying to start the conversation of how to achieve peace.

“Peace is the ultimate goal. Israeli’s and Palestinians have to find a way to live together. It is all about love. It comes down to that. You can’t be passionate without both the love for the people and the love for the region. I love Israel and the Jewish people and I love the Palestinians. The region needs help,” said Lippman

Lippman’s passion for wanting peace and better diplomacy in the middle east stems as far back as his time in Poland as the first American exchange student, after World War II, to study political science. Studying and teaching under communism, Lippman saw the harsh nature of a police state. He realized how important it is to fight for and protect the freedoms of democracy we are all take for granted in America.

A self-made man and the founder of Genesis 10, one of the largest professional technology services firms that provides staffing in the United States, Lippman was ranked as the 44th best CEO in America by USA Today. It is very hard to broker agreements between nations. A certain type of personality must be involved. Lippman brings the spirit of entrepreneurship to the table. As a professional in business, Lippman knows the need to close deals and make things happen so one is not left behind. An entrepreneur, Lippman is creative and thinks outside the box, an attribute needed to be competitive. These qualities have served Lippman well as a man behind the scenes for problem solving and diplomacy. Having been involved with the famed Abraham Accords agreement for peace between four middle eastern nations, Lippman has spent a lifetime building relationships. These relationships have facilitated the conversations with gulf nations which lay the groundwork of trust for developing peace.

In addition to his behind-the-scenes role with the Abraham Accords, Lippman was a pivotal force in the
passing of the Taylor Force Act. The act was named for the memory of an American non-Jew who was mistaken for an Israeli and murdered by Palestinian terrorists. Lippman was instrumental in getting a bill passed that denied hundreds of millions of dollars that the U.S. was sending into the Palestinian Authority Martyrs Fund, a fund which pays money to terrorists and their families for killing Jews. 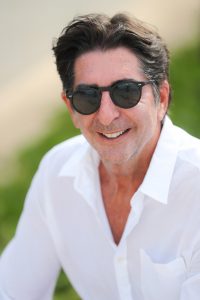 Lippman’s commitment to better diplomacy really stems from his strong work ethic. His father died when Lippman was just 19 years old. The oldest of 4, Lippman, overnight, he became the provider and father figure for his family. Having received a full scholarship to Columbia’s Graduate School of International Affairs he graduated number 3 of 600 in the class.  He is now serving as a board member. In addition, Lippman is on the board of Yale University’s Business School. Lippman understands that universities promote different ideas and are about educating students on different viewpoints. He knows students need to be exposed to a variety of perspectives to truly make an educated opinion. He has consistently paid the cost for 2 students to go to Yale. One must be Israeli and the other Palestinian. Yale often takes someone from the Arab world who is typically from Egypt or Jordan if they can’t find a qualified Palestinian.

Affiliated with Aipac for over 20 years, Lippman is on the political leadership council and an executive committee member. He used to chair the board of trustees of the American Jewish Congress. With a strong love for Israel, he has also served as past president for the American Friendship League. All of these organizations promote a strong alliance between Israel and the United States.

With hopes that Israel will embrace a two-state nation, Lippman is an advocate for both Palestinians and Israelis. Harley Lippman, an American citizen, has spent a lifetime committed to creating better relations and brokering peace in the middle east all from behind the scenes.

In a world where chaos, terror and struggle for freedom in Afghanistan are now the headlines of today’s news outlets, we look for those in America who understand peace and fight for tolerance in the Middle East. Harley Lippman’s love for Israel is culturally deep. His love for Israel and obtaining peace in the Middle East is beyond politics, it goes deeper to his heart and to his roots. It is bigger than just him, it is bigger than all of us.